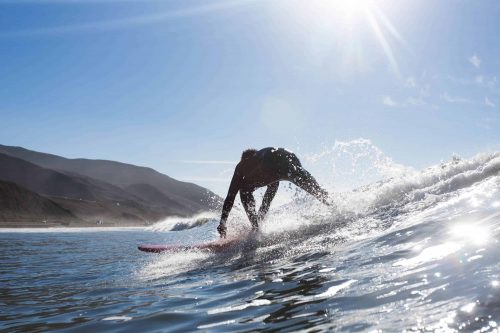 Learn to Surf this Spring Break

What is it that you and your family normally do over Spring Break? Is it the time of year where your family hits the slopes? Maybe you head to the beaches of Cancun to take in the Mexican sunlight with a Margarita at your side? If you’re tired of doing the same thing every year, then learn to surf with your family this Spring Break. 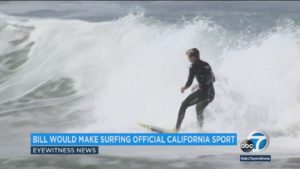 In 2018, Governor Jerry Brown passed a bill through the senate declaring surfing as the official sport of California.  While not ground zero for the sport, California boasts world-class surf spots and rich surfing culture.  These two attributes run true for most cities along the California coast where there is ridable surf.

WHERE TO GO TO LEARN TO SURF

When deciding where to learn to surf, aim for a spot with gentle rather than steep waves.  Surf breaks formed by rock reef rather than a traditional sandbar provide gentler waves for learning to surf.  Not far from our shop in Santa Barbara, California is Mondo’s Beach–a perfect spot for learning.  Mondo’s is recognized for its exceptionally gentle waves that form due to a series of shallow rock reefs.  If California is your destination of choice to learn to surf, then few places provide better conditions than Mondos. 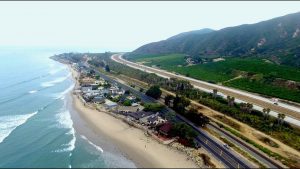 Another spot almost identical to Mondo’s is called Cowell’s Beach, which sits just north of the Santa Cruz Boardwalk.  Similar to Mondos, most of the people out surfing at Cowell’s will mostly be beginners or first-timers.  These waves here are formed by the rock reef underneath the water and rarely get above chest high. If you choose to learn to surf in California, then both Mondo’s and Cowell’s are excellent options.

If you would prefer to learn at a sandy beach, then take advantage of the countless beach breaks along the California Coast. Beach breaks have inconsistently shaped waves, but people love them for the forgiveness of the ocean floor.

Another important factor to take into consideration before you learn to surf is the time of year.  The wintertime is when California gets most of its sizable swells, but this time is not ideal for learning.  The Winter also comes with much colder water than the Summer, generally sitting in the mid to high 50’s. Unless you plan on learning somewhere southerly, such as San Diego, then expect to wear a wetsuit for your lesson. But even during the wintertime, SoCal water temps, including beaches near the CA/MEX border, get quite chilly.

Surfing is a sport completely unique to the rest of action sports because it is not practicable on any day.  Whereas a paved street or a snowy slope is all you need for most action sports, surfing requires favorable swell and wind conditions. An important reason why I recommended Cowell’s and Mondo’s to learn to surf is because of their swell consistency. Visit in the Fall, Winter, Spring, or Summer, and expect to see knee to waist high waves at both destinations.

A common mistake when booking a surf lesson is to not ask about the conditions.  Many families become disappointed after arriving at the beach for their surf lesson only to find that the surf is either too big or too small. The conditions are favorable for both of these spots most of the year, but it ALWAYS worth asking about the swell, tides, and weather.

The reality about learning to surf is that you can learn the necessary technique on YouTube fairly easily.  What makes the actual surfing experience so difficult for the initial attempts is wave recognition and paddling.  In theory, you could learn both of those things on the internet as well, but it is very useful to have a good surf instructor for a few reasons.  The first reason is so that you understand what is going on in the water at all times.  Even the most competent swimmers find themselves confused by the currents, waves, and other phenomena that go on in the break.

It is also beneficial to have a surf instructor by your side in the water to help you select waves to ride.  Those who learn to surf for the first time without an instructor often exhaust themselves paddling for bad waves.  Most surf instructors spend their free time surfing, so they have a good idea of what a good wave looks like.

Lastly, surf instructors will provide supplemental strength to your paddling into waves.  This will ultimately give you a better feel for catching waves on your own. After the instructor communicates with the surfer as to which wave they’ll catch, he/she will give a push from behind the board to generate the speed necessary to ride the wave.  Paddling is the most exhausting when you learn to surf for the first time.  Let your instructor assist you as much as they’re willing to as repetition is better than independence on your first outing. Typically, when I am teaching a lesson, I slowly push less and less, to foster that independence.

The best time of year to learn to surf is August and September in my opinion because that is when the water is warmest.  The water temperature in California does not always reflect the sun’s warm rays.  Northern California waters bounce between low to mid 50’s while San Diego waters rarely drop below 60 unless it is the middle of winter, or springtime upwelling is running its course. Wherever you learn to surf in California, you can generally bet that the water will be cold. That way, if it feels warm, then it is an added bonus!

Wetsuits are a staple that surf instruction companies, like Santa Barbara Surf School, always provide for the students.  In the case of our surf school, we provide 4:3mm wetsuits for our clients so that they can stay warm while they learn to surf!  No matter how cold the water gets in California, a 4:3mm wetsuit always keeps me and my buddies warm.

All you need to learn to surf is the ability to swim and a willingness to fail.  People of all ages, statures, and fitness levels can learn as long as they are willing to use the proper technique. Get ready for your arms to feel like jelly after your first surf session.  You probably didn’t paddle hard enough if you didn’t leave your lesson out of breath, or if your arms don’t work like before.  Seriously though–surfing is much more physically exerting than it seems.

Nearly all surf breaks require the surfer to paddle into the lineup, which is a distance that varies between each break.  When the waves get big, paddling through the waves can get frustrating.  It’ll often seem as if you are paddling but getting nowhere. Keep the faith, and continue paddling.  Your instructor probably won’t give you a boost, so take their advice about minimizing each wave’s impact. 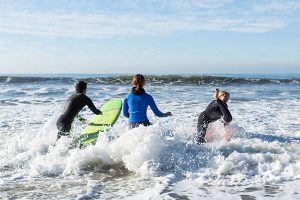 Aside from the slow paddle out into the surf break, you must also paddle aggressively for each wave that you want to catch.  A rhythmic paddle always trumps a speedy paddle, so never sacrifice form for speed.  While you learn to surf, your instructor will try to conserve your energy by positioning you on the wave so that you have to paddle the least.

Upon exiting the water after your two hours of surfing and paddling, the sorest muscles in your body will be your trapezius and deltoids.  This will cause your neck and back to feel stiff for the next day or two, and you may find that raising your arms above 90 degrees is extra difficult.

THE BEST BOARD TO LEARN TO SURF

For your first time surfing, a good board to learn on is any foam board measuring 8-9 feet.  Almost all surf instruction companies utilize foam boards for beginner surfers of all ages due to safety and durability.  Foam boards like these provide the necessary buoyancy and forgiveness needed when popping up for the first time.

The volume of the surfboard that you use is more important than the height of it.  The more volume the board has, the more buoyant it will be, allowing the surfer to paddle with more ease.  A board that is universally recommended as a great beginner board is the 8′ Wavestorm. Costco is technically the biggest surfboard manufacturer in the world because of this board. They can be found at most Costco’s here in California.

Additionally, you might want to consider the board’s fin setup when you learn to surf for the first time.  Foam top boards in the 8-9 foot range will either come in single fin or tri-fin (thruster) setups.  A thruster setup will provide the most stability for your rides during your learning process. Pictured below are a few other options for beginner surfboards.

After getting your feet wet (literally), you will learn that there are so many aspects to the world of surfing.  From Instagram edits to fin templates, surfers will always find a surf-related topic to ramble on about.  Most plainly put: surfers cannot stop talking about surfing.

You will notice that surf culture in some regions, like Orange County and San Diego, is so ubiquitous that non-surfers sport surf brands for their day-to-day wear.  In the case of California, skateboard brands have been mostly replaced by surf brands as casual wear. Some of these iconic brands include Hurley, O’Neill, and even Stussy, which has become popular all around the country.  Clothing choice is one way that surfers express their hobby, but surfers are more commonly recognized by their lingo.

“Dude” and “Gnarly” become daily vocabulary in surf towns like Santa Barbara where locals cannot stop talking about past, present, and future swells.  I would recommend checking out some professional surfers’ vlogs on YouTube such as Jamie O’Brien, Mason Ho, and even some East Coast pros to keep the stoke alive when the surf is flat.

Learning to Surf Over Spring Break

There are so many different opportunities to have fun over Spring Break. Personally, I love going to the beach at any time of year, but Spring Break has a different feel. When I learned to surf it was actually over Spring Break when I was in 7th grade. We were in Encinitas on a camping trip at San Elijo State Beach and I instantly fell in love with the sport. If you have the opportunity to learn to surf over Spring Break I highly recommend it.